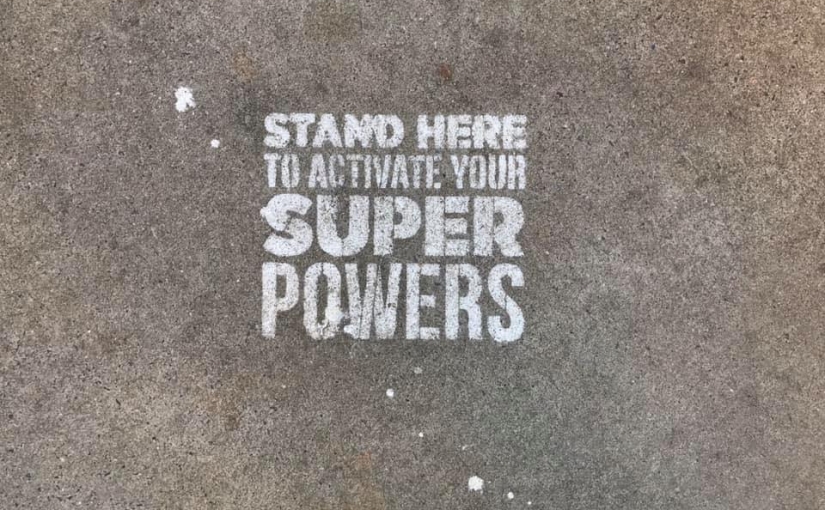 Unprecedented times. How many times have you heard that lately? But it is true. Most of the generations today have never lived through such trying times of uncertainty and social isolation. And I believe most of us are digging deep and analyzing how we chose and need to live life now compared to how life was pre-Covid19. It’s only natural to compare what once was to what we are currently living through. There is a huge sense of loss on many levels at this time.

I have to admit, at the start of this, I was not in the least filled with dread or concern with being told to shelter in place. I looked at it as my responsibility to work toward the common good of all. I certainly didn’t want to put my family in harms away, nor did I want to be part of a chain that might possibly transmit the virus to others. I tried to look at it as “life as usual”, with just a little tweaking.

I have been doing a lot of tweaking and self evaluation prior to all of this. At the end of last year, I was no longer taking care of grandsons. I had, at that time, decided I needed to look more at my health issues and put my entire focus on that. It was a large part of why I could no longer physically keep caring for them. Pain, inflammation, and digestive issues had taken over too much of my life. With all the extra time on my hands, I wanted to utilize it for a positive change. Admittedly it was mentally difficult to not have a purpose. To place all the focus on myself seemed selfish. I had to keep reminding myself that I was actually making a crucial health choice and that it would ultimately be important for me to do so as to enjoy traveling with my husband, be physically able to play with grandsons, and live out all the other nuances I had desired to have in my life. I was tired of the daily doldrums and disappointments of deciding what I had to eliminate from each day in order to push through it or to take part in any small things that brought me joy. It was time to tackle and eradicate the issues that were forcing me to make these upsetting and mentally debilitating choices.

When my health issues came to boiling point about 16 years ago, I took it as a sign that I had to slow down. I had to not be that “yes” person who took on more than I could cope with because I would become a disappoint. I used it as a wake up call. I knew I needed to slow down, but it wasn’t until a critical point that I actually took action. Despite all I have tried, I’ve not overcome all the issues that are depleting parts of my life. My second wake up call was that moment I had to tell my son I could no longer take care of the his boy in a way I felt they weren’t being affected. I weep now at the memory of that confession to myself that I couldn’t carry on with something that brought me such joy. My life was being controlled by an internal monster. I felt had lost everything that defined me because of it.

Two months into tying to regain myself and my life, I know I still wasn’t being honest with myself in what I truly needed to be doing and that I still wasn’t giving it enough. I was mentally giving up and allowing the pain to consume me. I felt lost and wasn’t sure where to turn. Some of it was because I was mourning the loss of time with the grandsons. I was trying to get more sleep as I often only slept only 4 to six hours a night. I was getting more sleep, but it was taking me 10 to 12 hours to get the needed 8. I did remain focused on eating right and tried to get some sort of physical workout when pain levels weren’t soaring. However, mentally I was drowning and the pain was winning yet again. I remained in the “fake it till you make it” mode and throwing on a convincing smile.

Doctor after doctor have warned me about not putting on weight as it would exacerbate the pain I was already experiencing. I knew I had to move more in order to keep the pounds at bay, despite how much it hurt. Unfortunately, hitting my mid-50’s, the number on the scales was creeping up. My husband and I were taking walks, albeit not as long as I had hoped. It was just so painful to move. And I was walking indoors in order to keep moving and was doing yoga, although at times that was even difficult. Trying to refocus through Mel Robbins program Best Decade Ever helped pushed me through the harder days and to remain hopeful for a better future despite the pain. It was during this time a high school friend who I had been chatting via IM with about supplements that help reduce pain, told me about a product another mutual high school friend was using. Being a skeptic, I merely stalked her Facebook page for awhile until I finally got up the nerve to comment. When she reached out to me, I, with my doubt in tow, let her explain the premise behind the products. A few weeks later, I decided to take her up on a three day trial. From there, I decided the products were worth a 3 month trial.

I was just at my third month of using the Plexus products, when the stay at home order was enforced. It was then that I felt this mental push to up the ante. Life once again, was directing me to step back. I was feeling the positive effects of taking them, but I was still saying quite ugly things to myself. Negative talk can take you down a deep rabbit hole both mentally and physically. So, while I was further losing myself, the world seemed to spinning into an unknown dimension. It took my thoughts back to 911, when our nation made a collective gasp and we all had a mutual understanding, empathy, and alarm for the suffering that was occurring. This seemingly unwieldy situation is happening on a global scale. This, this overwhelming lack of control, has been my third wake up call. I had to gain some control over this world of chaos within my personal space.

I have to admit this ability to cope waxes and wanes. However, I’m sure I am one among billions who are feeling the mental strain. But this third, and deeply immense wake up call, has brought me further into seeking positive change. I have a long way before I feel I am capable of eliminating my mental struggle. I’m still questioning my ability, but not my determination. I am walking more. I’m resisting the need to stress eat. I meet my insecurities at the yoga mat at least 5 days a week. And I am taking advantage of the plethora of free programs, videos, and blogs that encourage self discovery and self love. I’m tweaking my Plexus products to get the best results for my body and needs. And each night I read at least 15 minutes in order to remove any negative thoughts of the day. I’m not sure what will bring me to the edge of my best health yet. But, with the uncertainty of what we are currently living in, I do know I want more than just a mediocre existence. And while being asked to shelter in place, I feel the need to start building something that will be better when we come out on the other side of this.